After long hours spent on a flight, and after a lot of confusion to get into the hotel room, nothing would make us feel better more than snuggling up in the hotel room’s crisp sheets and its luxurious pillows. Ahh! The amount of comfort and relaxation we experience at that moment is unexplainably amazing!

But here is the situation: some of us are a germaphobe, and the rest of us are just not very trustful of how hygienic these rooms are.

Well, it turned out that we should be doubtful and avoid touching many things because you just don’t know how many hands have been around before you and what germs these hands have been carrying…

If you understand the possibilities, you will probably bring tons of disinfecting wipes and start cleaning every little space before you dare to touch anything.

This is why we have collected every little thing that could make you sick in your hotel room, so be aware! 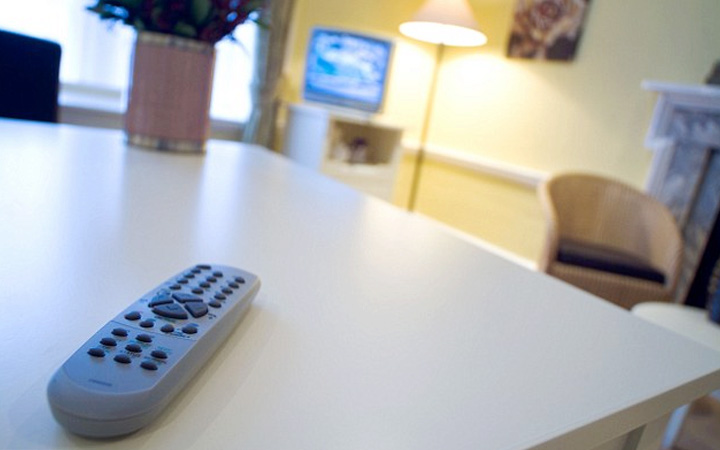 Honestly, there are many things that get cleaned on a daily basis in the hotel rooms, like the toilet seat. But in most hotels, they completely avoid cleaning the remote control, and it is what the majority of guests would be touching during their stay.

In fact, the remote control was found to be the 2nd item to have the highest amount of bacteria in all hotel rooms.

Not all the bacteria are bad, but the one that will definitely make you sick is norovirus; it leads to diarrhea and vomiting. People get it by touching something that contains these dangerous bacteria, and then they touch their mouths. 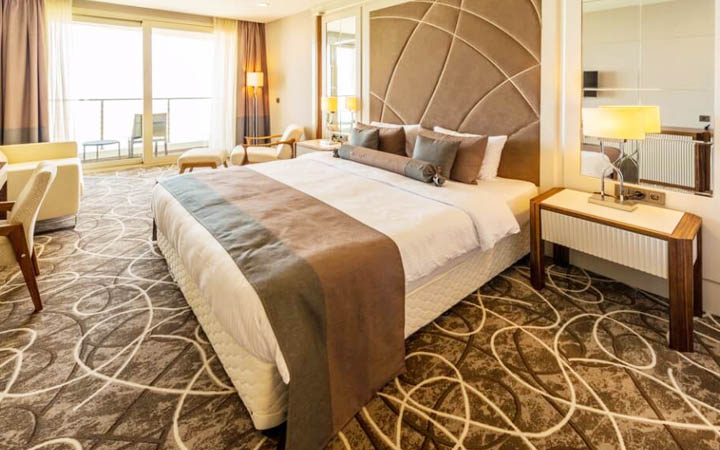 No matter how clean the carpets in your hotel room looks like, considering the housekeepers cleaning and sweeping it after each checkout with a vacuum.

The latter, however, picks only the dust, dirt, crumbs, and anything that’s visible to the naked eye. The things that make us sick are actually invisible and they wouldn’t go away by using the vacuum only.

When you put down your bag or purse on the carpet next to your bed, there will be thousands and hundreds of bacteria coming in contact with it.

The main concern when it comes to the carpet is the allergies, it is surprisingly common that hotel rooms’ carpets can trigger asthma or allergy attacks. 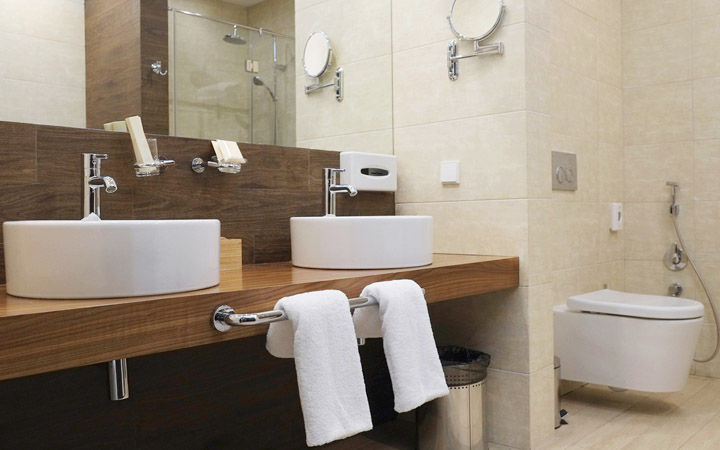 Of course, you would unload of all of your products and toiletries on the bathroom counter, there is no better place to put them! But according to experts, your bathroom counter is considered to be the 1st place with the most bacteria… Yes, more than your toilet seat!

Despite the fact that this is extremely gross, we have to focus on the fact that the two most common viruses to be found in the bathroom counter are norovirus and E.coli, which are something we want to catch during our vacations. 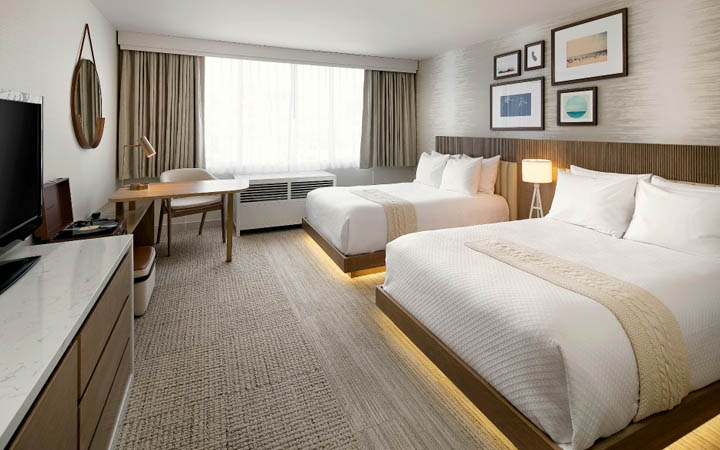 Again, many people would believe that the bed can’t be that bad because the linens get replaced before every check-in, but that’s not always the case.

Yes, the housekeepers would change all the pillowcases and sheets but many hotels wouldn’t launder them except for a few times a year.

This could be one of the grossest things to ever hear about hotels, and that’s why your first concern must be bed bugs; always look for bed bugs. And it is preferable to bring your own sheets just to be safe! 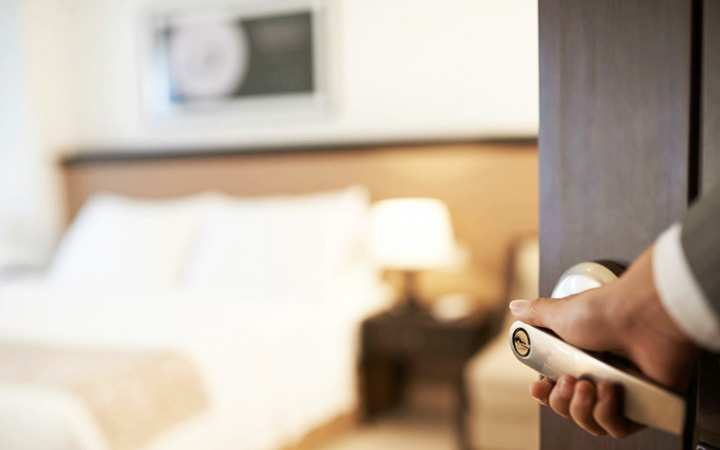 When you are at home, you control your own air quality by cleaning the ducts, filtering on the furnaces, and buying air purifier if you have to.

But hotels wouldn’t do that, and that’s why the air is constantly recirculating with bacteria and germs from one room to another, leading you to catch many diseases, and you wouldn’t even know why.

The best ways to protect yourself during your stay is by keeping the window open, and if possible, bring your own air purifier. 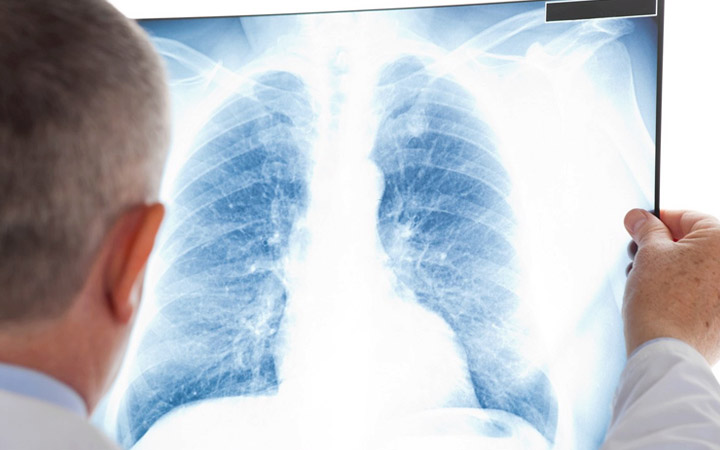 Legionnaire’s disease is an illness that is like the flu somehow but worse, and it leads to headaches, high fever, shortness of breath, chest pain, muscle pain, and cough (sometimes with blood).

Hotels have the perfect breeding spaces for this disease because according to the Mayo Clinic, this illness would spread through swimming pools, hot tubs, decorative fountains, air conditioners, and water systems.

This is why you need to be extra careful when you are in a hotel room, and just because it looks clean, it doesn’t mean it is germ-free! 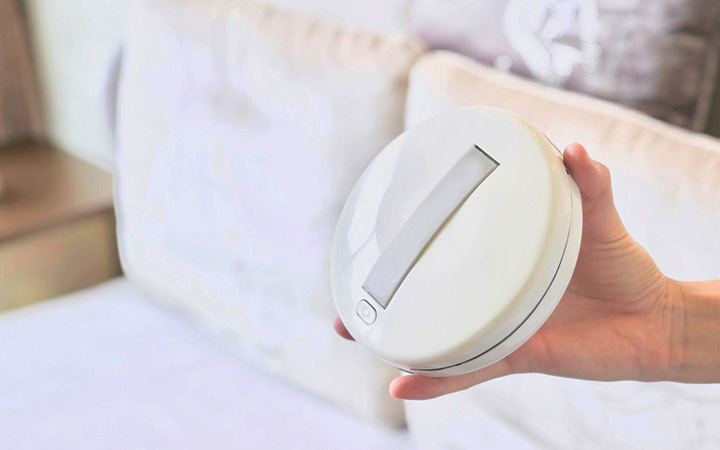 Many people would take the presence of these detectors for granted, but you never know its importance unless something dangerous occurs where someone would be losing their lives.

Unfortunately, many States in the country still don’t have legislation that enforces having these detectors in all buildings, and in other states, it is required only in new buildings.

Before you book your next hotel room or vacation rental, check if they have the right system that would warn you of this toxin gas’s presence. 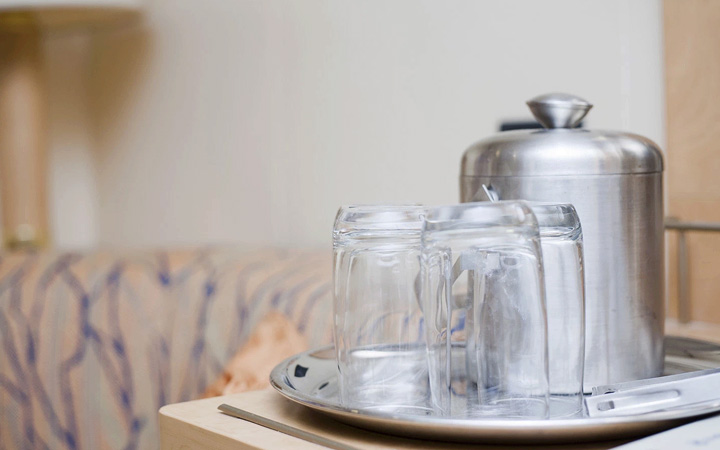 Obviously, the hotels would always provide its guests with glasses they can use to drink in or to rinse their mouths after brushing their teeth. Our guess is you think that the hotel staff would clean those glasses between each stay in the dishwasher, right?

Well, after many investigations, it turned out that the housekeeping staff would barely rinse them off, or they would just spray them with a product that is not good for consumption.

Viruses like norovirus would definitely remain after a rinse, which will end up inside your body eventually. It might also lead to possible symptoms of poisoning if the glass cleaner has been used in a big amount. 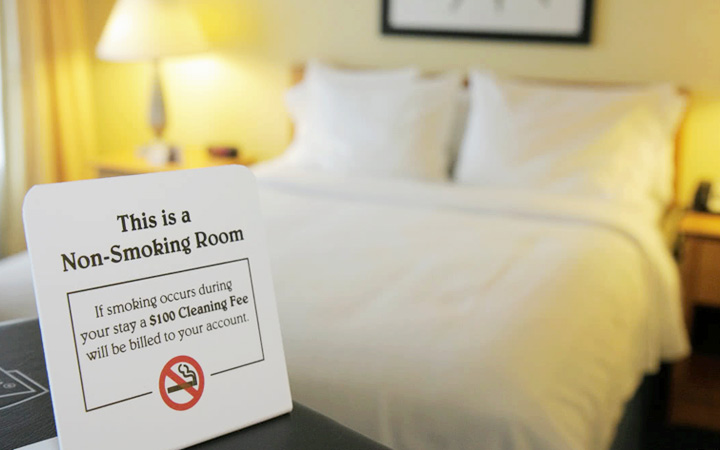 As we mentioned before, the quality of air could be extremely bad and cause asthma and allergy symptoms because of multiple reasons, but when you travel internationally, you will find yourself dealing with another dangerous issue – cigarette smoke.

The majority of hotel rooms in the United States are non-smoking zones, or at least you can request a non-smoking room. But in other countries, the case is a little different and you will have to take a few precautions.

If your room smells like smoke, then try to turn on the AC and let it cleanse your environment. Keep your windows open or avoid being in the room completely! 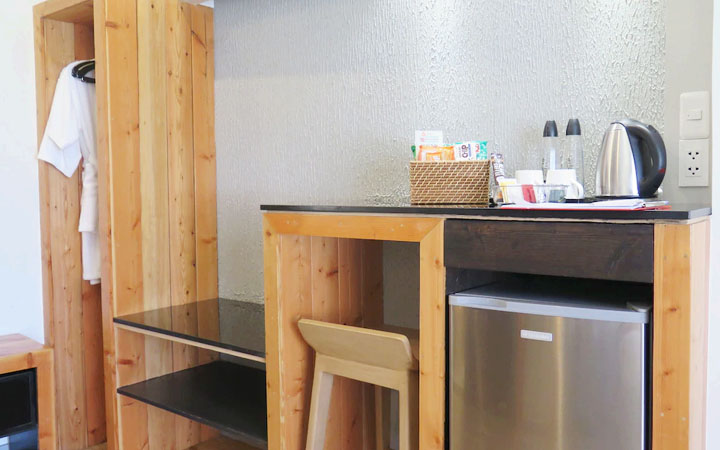 According to a study, there are a few sealants that are used on shelving and cabinetry that can break down and release toxic PCB (polychlorinated biphenyl), and it is carcinogenic.

The United States has banned the use of PCBs back in the 70s, but there are still many old hotels that have furniture and shelving that are built with these toxic sealants.

Staying at an old hotel could be a lot cooler, but it is best to opt for a newer facility to avoid any of these toxins to get into your system because they can cause cancer.

Traveling To China? 7 Useful Tips You Should Know

7 Most Scenic Roads For A Breathtaking Road Trip In The...