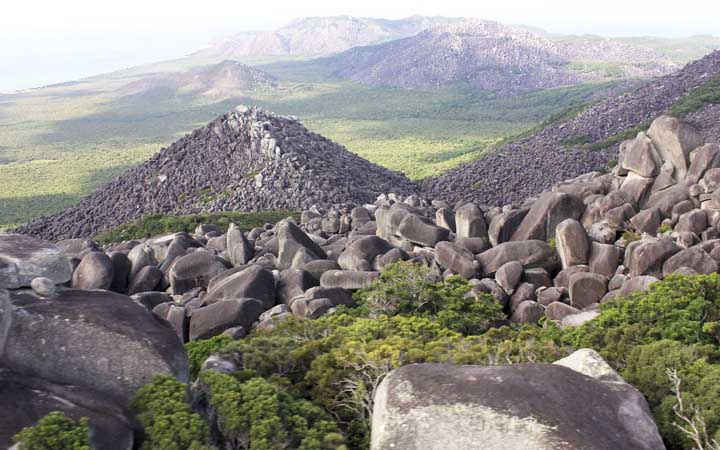 Located high on a giant cobblestone in Cape York in the north of Queensland, Melville Range is near and yet so far. In 2013, biologists discovered a tropical forest that was accessible only by helicopter.

After exploring a few bits of it, they realized that it is home to some of the most fascinating and amazing species that can never be found anywhere else in the world, including leaf-tailed gecko that truly looks like it is from a different planet or if someone drew it out of a cartoon series. 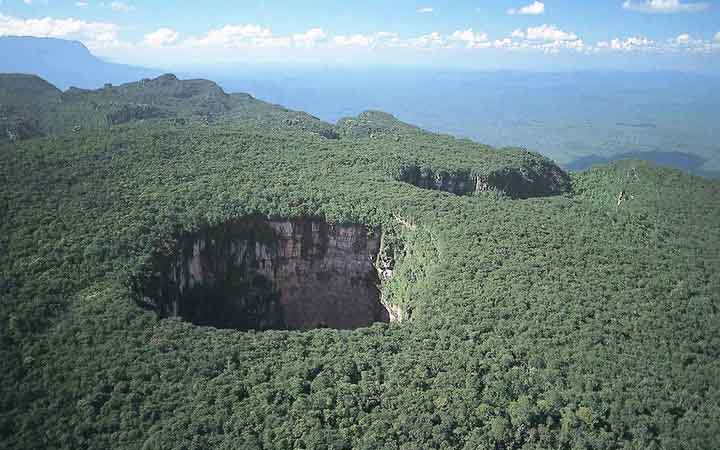 Venezuela is the home of many funnels, and the largest of them is Sima Humboldt that was discovered in 1961, which is not long ago!

The funnel is a 3500-meter mountain that is flat and punctured by two sinkholes, and one of them is Sima Humboldt. The latter is extremely large to the point it started having its own ecosystem at the bottom of it, which gave birth to new plants that scientists never have seen in the world before.

To this day, the sinkhole is still considered an evil spot by the locals and an interesting mystical to the rest of the world!

How To Visit The 7 Wonders Of The World Without Leaving Your Home!

You Need to Visit these 9 Best Places before they Disappear

11 Hotels Around the World With Amazing Fall Foliage Views

12 Foods That Are Banned in the US And Why!

How To Visit The 7 Wonders Of The World Without Leaving Your Home!

15 Things You Should Never Ever Do in A Hotel Room!

5 Tips To Travel The World On A Budget!

8 Signs You Are A Terrible Traveler!

10 Things A Hotel Concierge Can Or Can’t Do For You!

12 Foods That Are Banned in the US And Why!

How To Visit The 7 Wonders Of The World Without Leaving...

15 Things You Should Never Ever Do in A Hotel Room!